The Art of Arab Decoration

The Arabic decoration is the Arabic art. It is basically complicated forms for decoration because its decorations are usually overlapping and intersecting that represent geometric forms, leaves, flowers, and fruit. This decoration is what distinguishes the Islamic art that appeared in the ceramic decorations and in Islamic architecture. It has spread in Europe and was popular in the fifteenth and sixteenth centuries.

This type of art appeared as a result for Mixing of Arab civilization and its development in the Islamic Golden Age with other civilizations. But it was obvious that the Andalusian developed it immensely especially in the field of columns and semi-squared columns, walls and ceilings shapes. In addition to architecture, there is the decoration that was described as the language of the Islamic art that is based on decorating Mosques, castles, and dome in geometrical shapes or beautiful floral shapes that provide tranquility. This Islamic decoration art was known in Europe by the name “Arabesque”. The Muslim artist was best known for his surrealist abstract art were the decorative unit was a flower or a leaf, the decorative unit was deprived of its natural form so it doesn’t give a sense of drying or withering, centered in geometric shapes to give the feeling of attendance, survival, and immortality.

The art of decorating with Mosaic is one of the Arabic art branches that many of the Arabic and Islamic countries are famous for using it. Such as the mosaic in the Omayyad mosque and Karbala that is famous for manufacturing and producing it.

While the western art committed for long centuries of copying nature in their art, while the Muslim artist has supplied the scrolls with pictures that refers to nature and reality without copying them which reflects the definition of the aesthetic art. 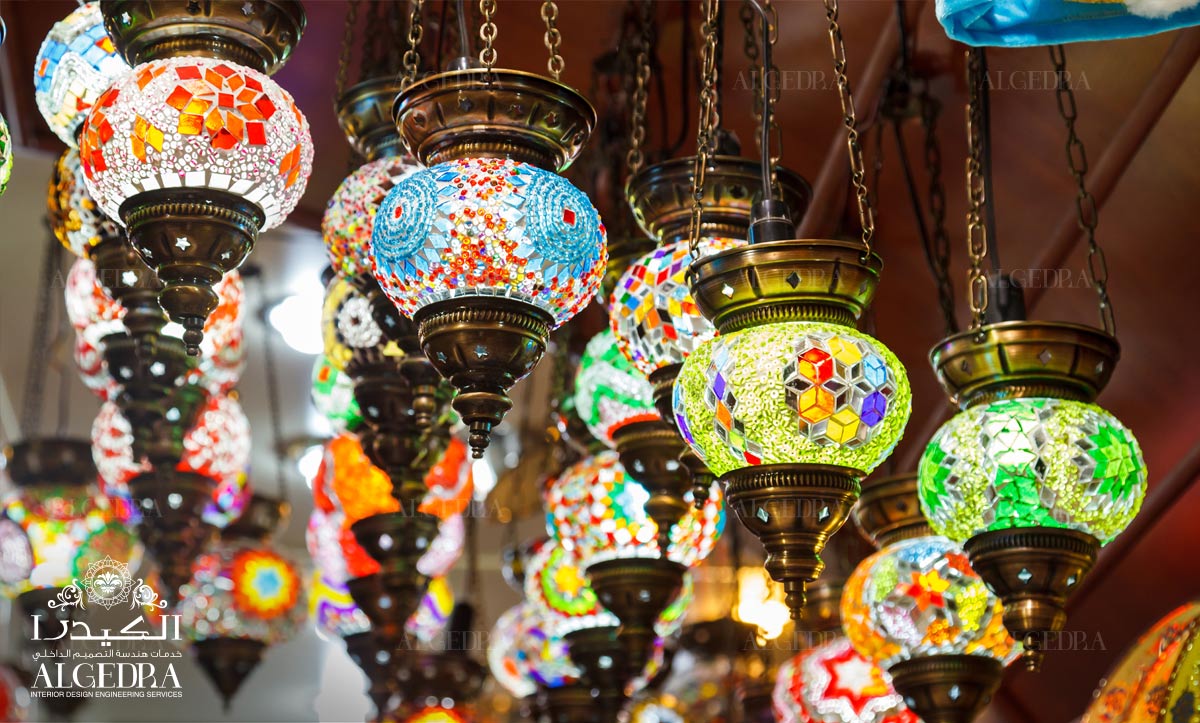 The Art of Decorating with Mosaic in the Present Time

Mosaic is the art and profession of producing small cubes and using them to decorate floors and walls by installing them on smooth surfaces and forming different designs in different colors.

You can use many materials such as rocks, minerals, glass, shells and many others. These colored granules made of those materials are distributed in an artistic form to express religious or cultural and artistic values. This art is considered one of the oldest photography arts.

The mosaic painting is usually made by large numbers of small colored pieces are lined in order to produce a picture that represents a landscape or geometrical form, a human picture or animal picture. The use of the Mosaic goes back to the days of Sumerians and then the Romans, where the Byzantine era made a major development in the mosaic industry, because they used glass, minerals in making it, and they used the mosaic a lot between the 13th and 14th century in colors black and white so the excelled in painting marine life, fishes, and animals. The Arabs made geometrical forms and Islamic mosaic just like in the Omayyad mosque in Damascus and The dome of the rock in Jerusalem. The art of mosaic went through many phases and it reached its peak in the Islamic ages. It is the art that paid attention to the smallest details and the art that transformed objects to lively pictures.

It is the art that tells us the story of a civilization that provided the world with new prospects of science and knowledge. Through this form of art the Muslim artist has translated the philosophy of this civilization by different types of fine arts, and the art of mosaic is the dominant form of art that delivered a full image and explanation for this civilization, by small cubed pieces of  a few centimeter size of marble, glass, Brick, crystal or shells. 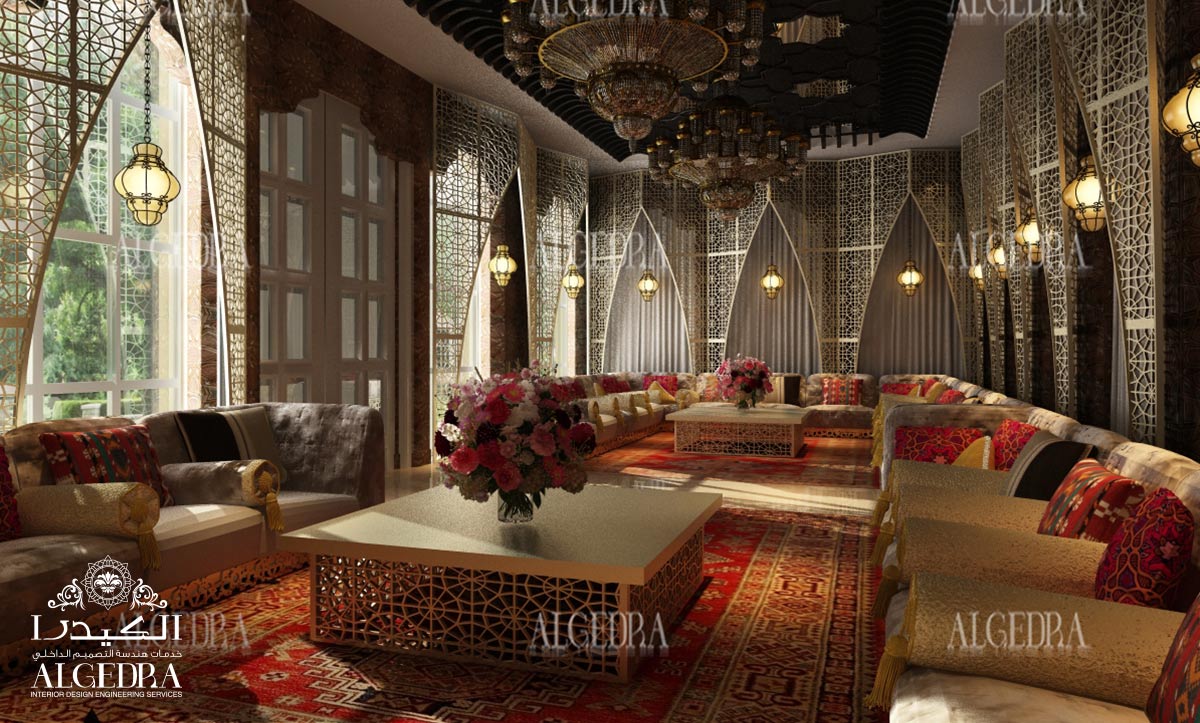 It is a form of art that tells the stories of the brilliance of the Islamic civilization that crossed all the limits and beautified mosques, castles.

Mosaic is the art of the Islamic ages Where Muslims excelled in this art developed it and made wonderful forms in mosques through the minarets, and domes and in the palaces and fountains and water basins

ALGEDRA Interior design presents this old form of art that re-emerged in a modern way.

And because people love this art even after evolving and developing we find ourselves obliged to reuse it and include it in interior design. Mosaic art appeared in homes, palaces and modern markets, in swimming pools, in bathrooms and in fantastic forms in large wall paintings.