Japanese architecture and interior design is known with its lean and distinctive simplicity. Let's deep dive to the structure of these houses where you will catch the tranquility with the splendor of serenity and comfortable interiors, free of surpluses.

Japanese houses which were called "minka" in traditional Japanese architecture, fascinated people with their magnificent wooden roofs. Japan is an island country and a place where minimalism, simplicity and spaciousness prevails. It is likely to say that they are different when they are reviewed both as interior and exterior.

When we look at the architectural and interior design materials of old Japanese houses, the main building materials we come across are completely natural materials such as wood, paper, clay and rice straw.

In terms of these houses, it is very important to protect privacy, to be in touch with nature and to let natural light into the house, likewise traditional Japanese houses are supported by wooden posts made of "hinoki" type. 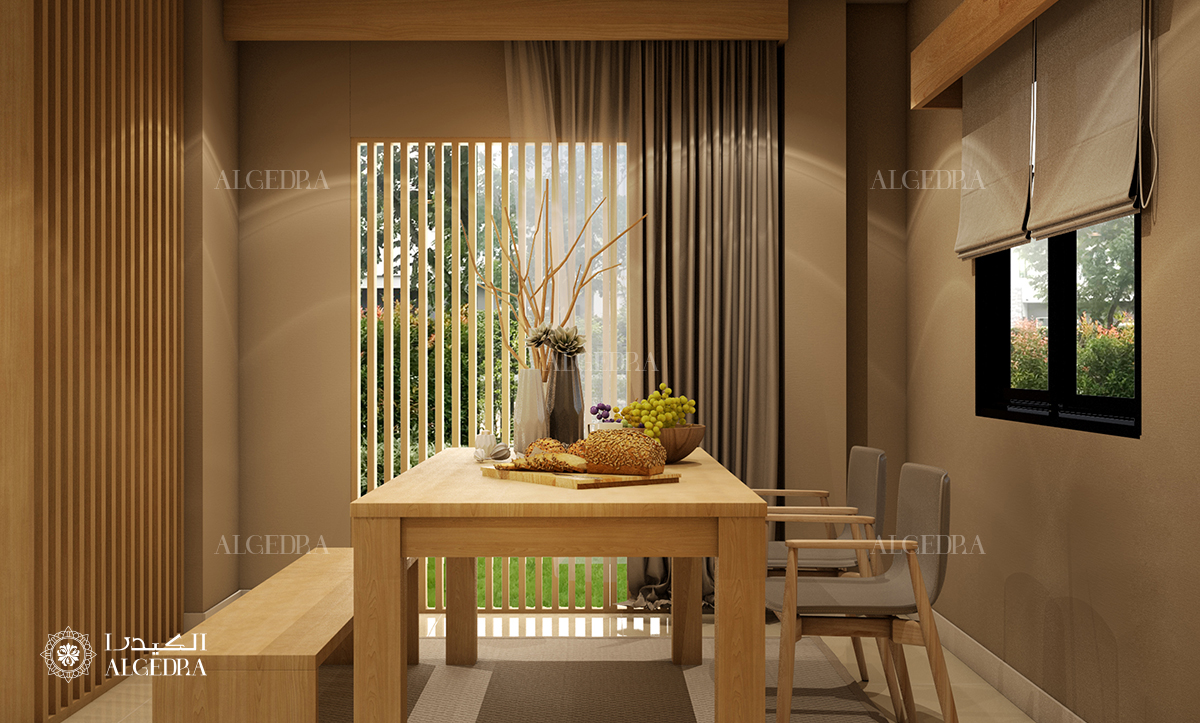 In order to reduce the snow load due to the climate, a sloping structure is preferred on the roofs. The "tatami" is known as a type of mat made of rice straws.

The Japanese have a tradition based on zen philosophy. Different architectural features are applied according to the tradition named "Shoin -zukuri". First of all, the garden and interior of the building must be blending in harmony.

Furniture is created using organic materials close to the ground. Movable screen and sliding structures are frequently utilized. In addition to indirect lighting, there are cellars and storage areas. Red, black and gold colors are frequently availed and there is an entrance door.

The ceilings are open and are used to get the highest efficiency from sunlight with the aim of natural light entering the house. In addition, in traditional Japanese houses, glass is not an option of usage to allow natural light to enter the house, instead panels made of translucent paper and wood or bamboo frames called "shoji" are applicable elements. 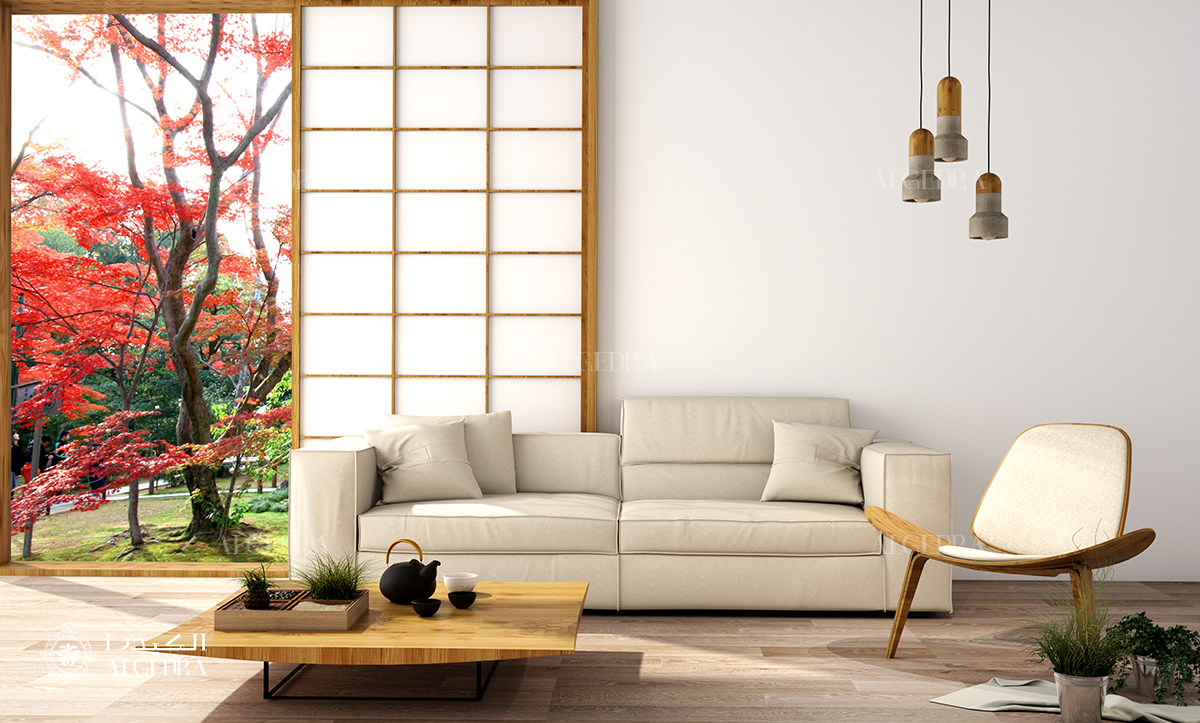 In addition, sliding doors that move by gliding are called "fusuma". These doors are decorated with pictures of landscapes in which wood, paper and cardboard were used as materials in their construction.

There are some similar features in the homes of Japanese and Turkish people. In the Japanese, when entering their homes, they take off their shoes and leave them in the entrance hall called "genkan". In the lightings, the environment known as "andon" was made of paper and the lighting with candle inside was applied.

The Japanese handled sitting on the footless chairs called "zaisu" with cushions named "zabuton". In order to heat the environment in winter, low tables with coal or an electrical system under the name of "kotatsu" were the most demanding structure. 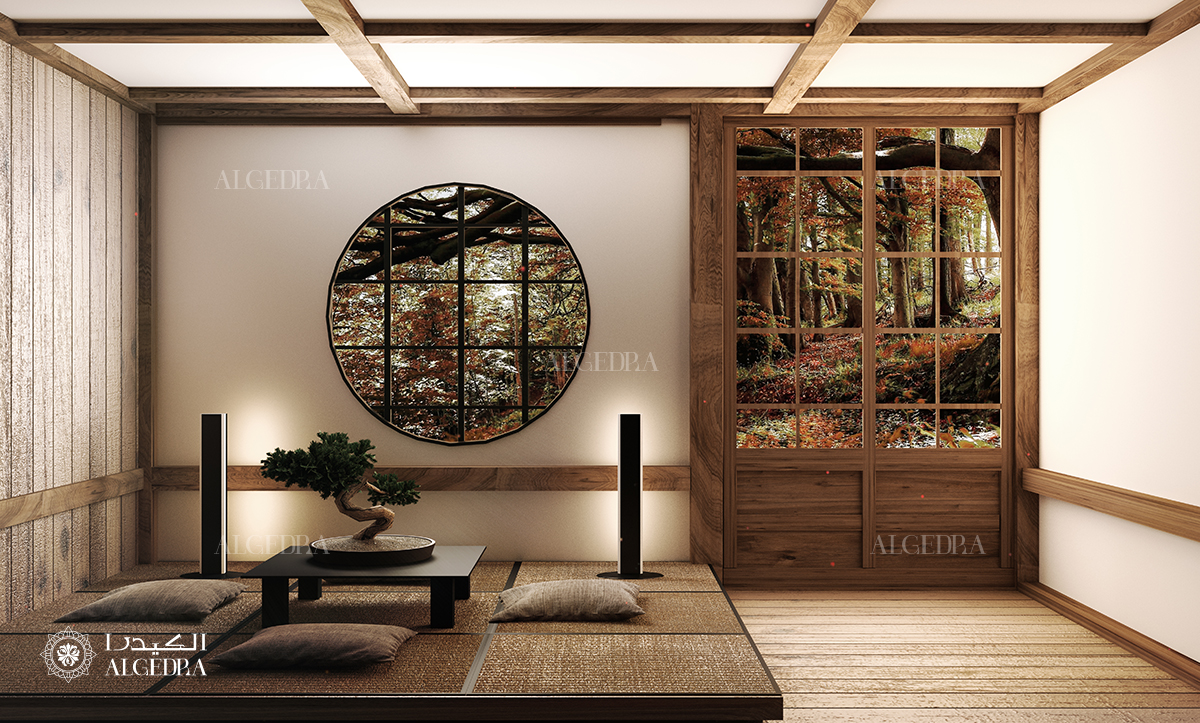 The same room also had benefited as a living room, as the Japanese were able to collect and remove their beds during the day. The outer corridors called "Engawa" were used as patios on hot days. The screens called "Byobu" are specially processed. They have been applied as important tools to ensure privacy and confidentiality. 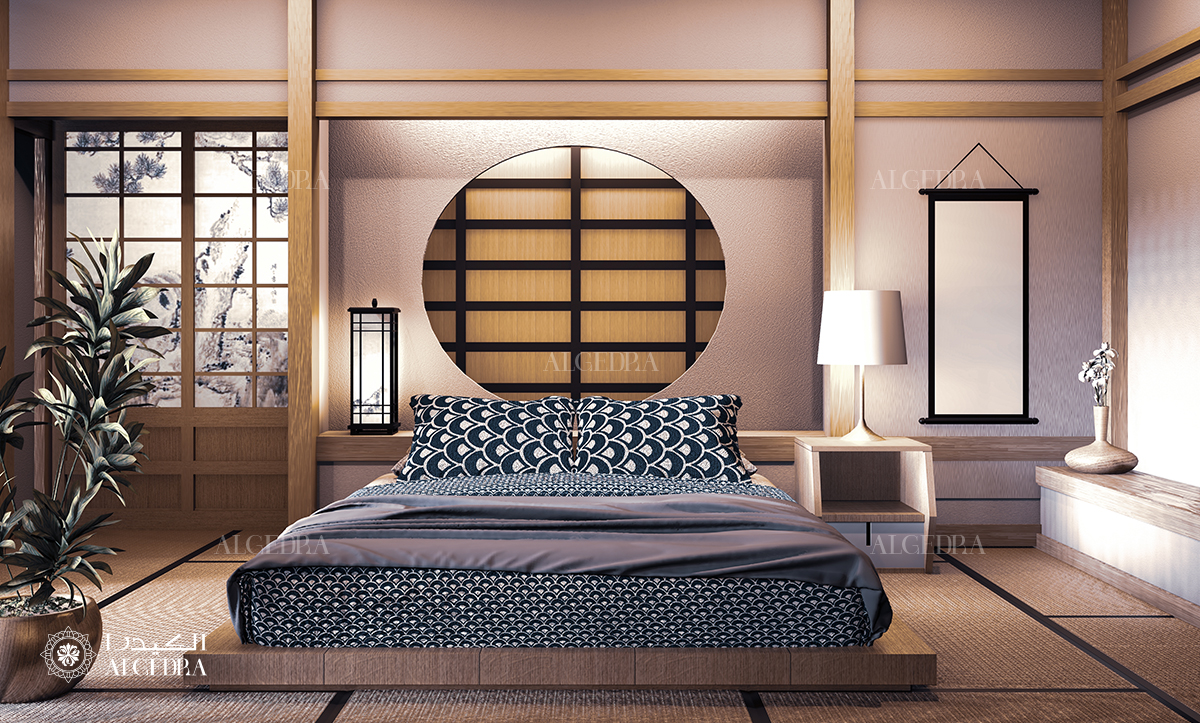 Iroris are the quarries of the Japanese that are lower than the floor. There are pits covered with stones in the middle. Today, this structure is not encountered very often. You can spend long hours in the bathroom thanks to the structure of the Japanese ''ofuro'' bathroom designs. In addition to this situation, the place of the toilet and the bathroom is separate.

In homes, a few thick 50-70 cm items called "zabuton" are used instead of chairs. These are thin pillows.

We know that the Japanese attach great importance to privacy. For privacy reasons, the exterior of the house is covered with "amado" made of wood or metal and protection is provided against possible storms and typhoons. 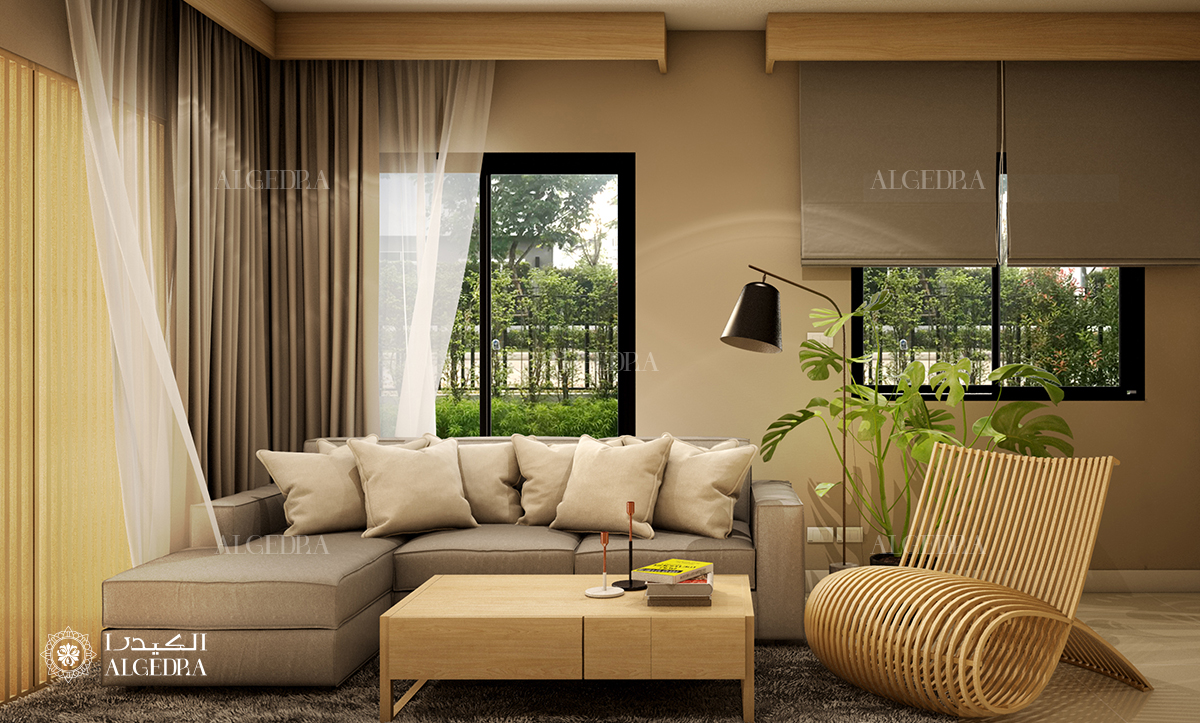 Traditional Japanese houses, where minimalism and simplicity are used, have many unique details. It seems possible to understand and recognize Japanese cultures from these houses, where organic materials are important.

As Algedra Interior Design, we bring you together with the houses you want to decorate, where your style shows itself. Visit our portfolio to take a look at our projects, from classic to traditional, from British interior design to modern, contemporary style to luxury.